''...Rozle, I must tell you how much I recognize and appreciate all you did for us to make our adventure so wonderful...'' 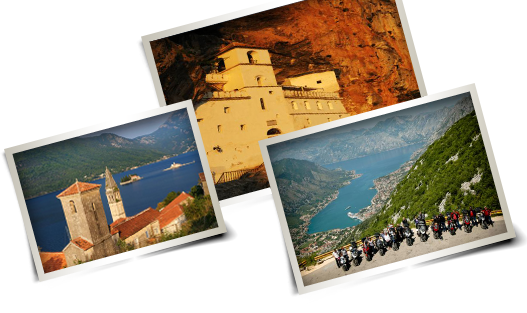 The use of the name Crna Gora (Montenegro) began in the 13th century in reference to a highland region in the Serbian province of Zeta. The later medieval state of Zeta maintained its existence until 1496 when Montenegro finally fell under Ottoman rule. Over subsequent centuries, Montenegro, while a part of the Ottoman Empire, was able to maintain a level of autonomy. From the 16th to 19th centuries, Montenegro was a theocracy ruled by a series of bishop princes; in 1852, it was transformed into a secular principality. Montenegro was recognized as an independent sovereign principality at the Congress of Berlin in 1878. After World War I, during which Montenegro fought on the side of the Allies, Montenegro was absorbed by the Kingdom of Serbs, Croats, and Slovenes, which became the Kingdom of Yugoslavia in 1929; at the conclusion of World War II, it became a constituent republic of the Socialist Federal Republic of Yugoslavia. When the latter dissolved in 1992, Montenegro federated with Serbia, first as the Federal Republic of Yugoslavia and, after 2003, in a looser State Union of Serbia and Montenegro. In May 2006, Montenegro invoked its right under the Constitutional Charter of Serbia and Montenegro to hold a referendum on independence from the state union. The vote for severing ties with Serbia barely exceeded 55% - the threshold set by the EU - allowing Montenegro to formally restore its independence on 3 June 2006.

Montenegro's economy is transitioning to a market system, but the state sector remains large and additional institutional changes are needed. The economy relies heavily on tourism and the export of refined metals. Unprofitable state-owned enterprises weigh on public finances. Montenegro severed its economy from federal control and from Serbia during the MILOSEVIC era and maintained its own central bank, adopted the deutsch mark, then the euro - rather than the Yugoslav dinar - as official currency, collected customs tariffs, and managed its own budget. The dissolution of the loose political union between Serbia and Montenegro in 2006 led to separate membership in several international financial institutions, such as the European Bank for Reconstruction and Development. In January 2007, Montenegro joined the World Bank and IMF. Montenegro became the 156th member of World Trade Organization in December 2011. The European Council (EC) granted candidate country status to Montenegro at the December 2010 session. Montenegro began negotiations to join the EC in June, 2012, having met the conditions set down by the European Council, which called on Montenegro to take steps to fight corruption and organized crime. Unemployment and regional disparities in development are key political and economic problems. Montenegro has privatized its large aluminum complex - the dominant industry - as well as most of its financial sector, and has begun to attract foreign direct investment in the tourism sector. The global financial crisis had a significant negative impact on the economy, due to the ongoing credit crunch, a decline in the real estate sector, and a fall in aluminum exports. In 2012, real GDP growth slipped to 0.2%, reflecting the general downturn in most of Europe.

A red field bordered by a narrow golden-yellow stripe with the Montenegrin coat of arms centered; the arms consist of a double-headed golden eagle - symbolizing the unity of church and state - surmounted by a crown; the eagle holds a golden scepter in its right claw and a blue orb in its left; the breast shield over the eagle shows a golden lion passant on a green field in front of a blue sky; the lion is symbol of Episcopal authority and harks back to the three and a half centuries that Montenegro was ruled as a theocracy.