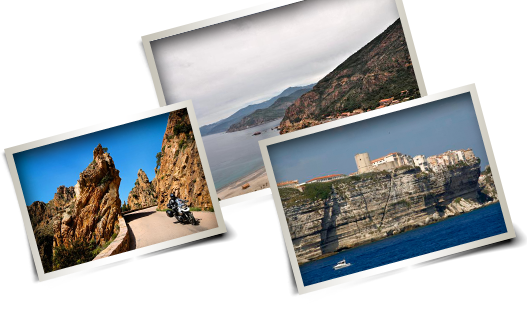 Location: The island is located in the Central Mediterranean Sea, 90 kilometers from Tuscany in Italy and 170 kilometers from the Côte d'Azur in France. It is separated from Sardinia to the south by the Strait of Bonifacio, a minimum of 11 kilometers wide.
Border Countries: Island; no international borders
Area: 8,680 sq km (slightly smaller than Delaware)
Population: : 302,000
Capital City: Ajaccio (Ajaxio) (population 63,723)
Religions: Mostly Roman Catholic
Government type: Corsica is one of the 27 régions of France, although it is designated as a territorial collectivity (collectivité territoriale) by law. As a territorial collectivity, it enjoys some greater powers than other French régions.
Coastline: : 1,000 km
Highest point: Monte Cinto 2,706 m
Roadways: 487,700 km
Time difference: UTC+1 (6 hours ahead of Washington, DC during Standard Time)
National currency: Macedonian Denar
International dialing number: +389
Electricity: 220V, 50Hz
Visa: For visitors from most countries (EU, USA, etc) a visa is not needed. Only a valid passport is required

It is 183 kilometers long at longest, 83 kilometers wide at widest, has 1,000 kilometers (620 mi) of coastline, more than 200 beaches, and is very mountainous. Mountains comprise two-thirds of the island, forming a single chain. Forest comprises 20% of the island.

From the 11th to 13th centuries Corsica was ruled by the Italian city-state of Pisa, superseded in 1284 by its arch rival, Genoa. To prevent seaborne raids, mainly from North Africa, a massive defense system was constructed that included citadels and coastal watchtowers, many of which still dot the coastline. On several occasions, Corsican discontent with foreign rule led to open revolt. In 1755, after 25 years of sporadic warfare against the Genoese, Corsicans declared their independence; led by Pasquale Paoli (1725–1807), under whose rule they established a National Assembly and adopted the most democratic constitution in Europe. They also adopted La Tête de Maure (the Moor’s Head) – a profile of a black head wearing a white bandanna and a hooped earring, which first appeared in Corsica in 1297 – as a national emblem. According to legend, the bandanna originally covered the Moor’s eyes, and was raised to the forehead to symbolize the island’s liberation. Corsicans made the inland mountain town of Corte their capital, outlawed blood vendettas, founded schools and established a university, but the island’s independence was short-lived. In 1768 the Genoese ceded Corsica to the French king Louis XV, whose troops crushed Paoli’s army in 1769.The island has since been part of France, except for a period (1794–96) when it was under English domination, and during the German and Italian occupation of 1940–43.Corsicans have long cared for their island’s ecology. In 1972 the sparsely populated Parc Naturel Régional de Corse (PNRC) was established, protecting more than a third (3505 sq km) of the island. The assassination of Corsica’s préfet (prefect), Claude Erignac, in Ajaccio in 1998 rocked Corsica, and in 2001, the French parliament granted Corsica limited autonomy in exchange for an end to separatist violence. The bill was overturned by France’s high court because it breached the principle of national unity, although Corsica was granted the right to have the Corsican language (more closely related to Italian than French) taught in schools. Few Corsicans support the separatist Front de Libération Nationale de la Corse (FLNC); and voted down a referendum in 2003 that would have seen the island gain greater autonomy. For now, Corsica remains part of France’s rich mix of cultures.

The economy of Corsica has been marked for a long time by agriculture and breeding. It has nowadays a straw tertiary sector as a dominant: services for private individuals and businesses. It is a little productive consumer economy which is strongly dependent up on the foreign countries. The mastery of transport and prices plays a primordial part in it. Tourism is one of the first isle's industries; it reinforces the importance to give to transport. The tourist numbers have actually multiplied by four in twenty years.. Now population doubles during August and 60% of tourists come to visit the isle between July and August. This seasonal character marks the tourist industry, but also the activities which support it and the whole island economy. Despite the material's modernization and the expansion of services with added value, GDP per inhabitant remains the lowest of the metropolitan France. Its growth rate however follows the national average.

The Flag of Corsica was adopted in 1755 and was based on a traditional flag used previously. It portrays a Moor's Head in black wearing a white bandana above his eyes on a white background. It was used by the ill-fated Corsican Republic and was practically banned after 1769, when France bought the island to settle a Genovese debt and put down the endemic rebellion on the island. The flag, quartered with the British coat of arms, was used as the official flag during the Anglo-Corsican Kingdom of 1794-1796. It then fell into official disuse until 1980, when it was re-adopted as a regional flag.